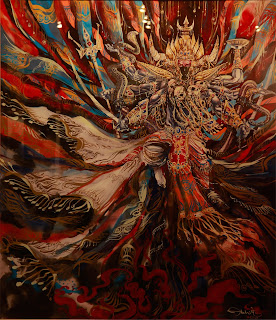 Bhairava- an incarnation of lord shiva who celebrates the ending of a cycle .he's the master of time. 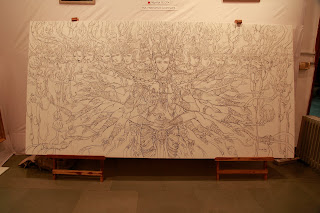 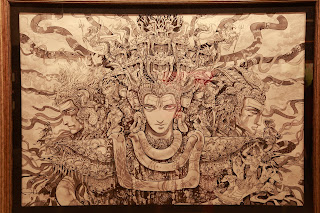 Trimurti- three faces of divine -Creation , balance and destruction and their symbolic relationship 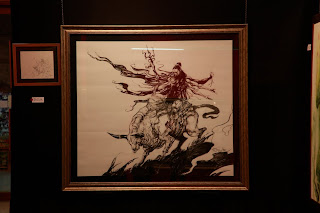 Shiva sitting and meditating on nandi. 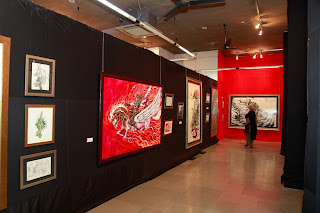 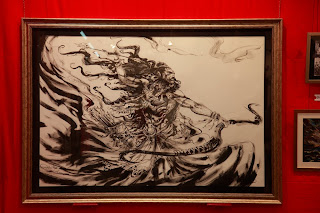 Rama - a warrior prince who becomes a symbol of extreme righteousness .medium- ink and brush. 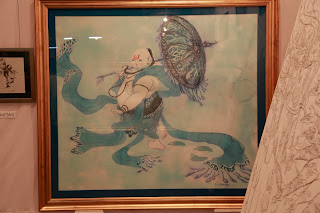 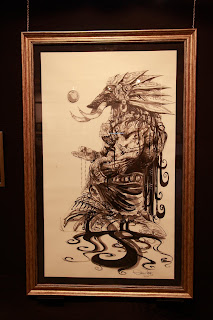 Varaha- an incarnation of vishnu as a wild boar restoring the energy field of earth. medium-ink and brush 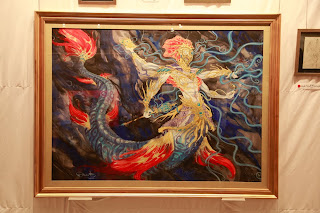 Matsya- the Fish incarnation ,the story also explain the origins of life and is a parallel to noah's arc. medium- gouche. 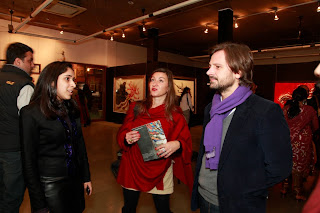 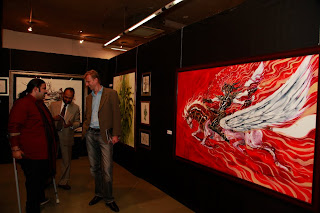 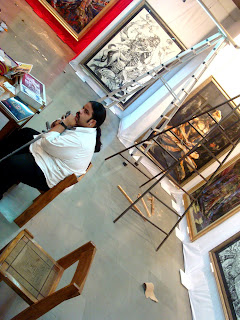 Arjun the man behind the scene. 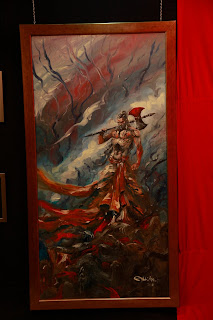 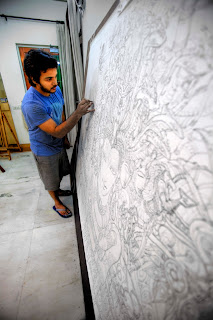 a little making of 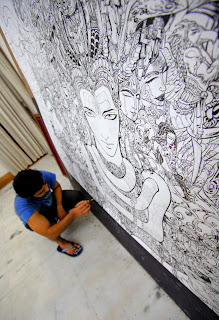 and a little more.. 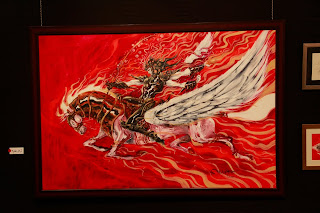 Kalki- the one who will end this cycle of life. medium- open acrylic 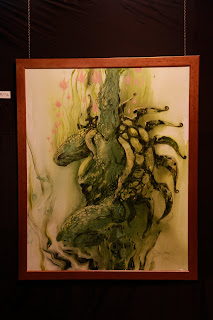 Koorma- vishnu as tortoise a symbol of harmony between five senses.medium -open acrylic 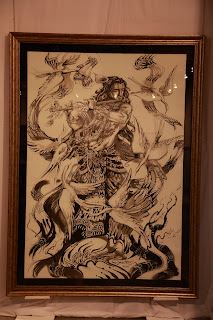 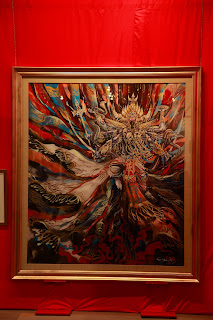 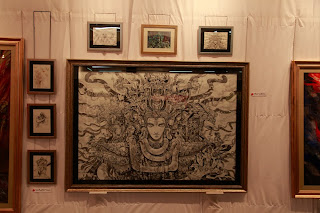 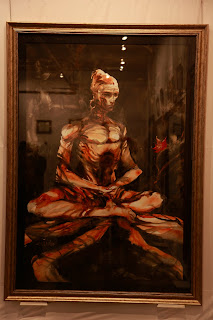 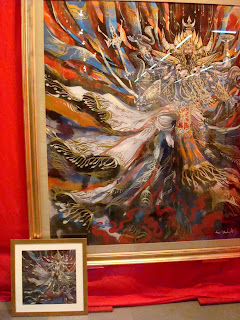 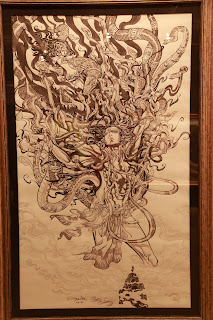 The descent of ganges. medium -ink and brush.
First of all THANKS to everyone who kept coming to this blog despite any new posts, THANK YOU for all the motivation.
last couple of months have been a race against time , as i was buzy exploring and painting away a collection of works which just got Exhibited at the Academy of fine art and literature in Delhi between the 8th and the 12th Dec.
The theme for the show was" DHYAN-ROOPA" which means the meditative aspect of the divine , bringing forth the relationship between the forces of Creation, preservation and Destruction and their exquisite Balance.
The paintings showcased reinterpretation of the "dasa-avatar"-the TEN incarnation of lord Vishnu which not only explains the Darwinian principals of evolution but also existential mysteries of the human mind and matter. this was intertwined with five Incarnations of Shiva
( the god who ends the cycles of time( kaal bhairava).
The intent was to tell these stories outside the known boundaries of religion and link them up with a more"Humanistic" code of life.
though some pieces were highly symbolic some simply framed these Gods in a state of Thoughtfulness.
The show was Curated by Divvya Nirula and was brought together by Arjun NIrula of the NIrula family art trust , the tale of my friendship with arjun is nothing less then unusual but ill keep it for later as this is just the beginning.
The sizes of the paintings were between 4ft x 3ft to 5ft x 10ft and tons and tons of explorations were made to conceive them some of them were displayed to showcase the process as well.
i extend a BIG THANK YOU to all the friends and dear ones who made it to the show from various corners and parts of the planet and to everyone who brought the art ,everything got Sold Out and now to make more back to the books and board:)
Posted by abhishek singh at 12:43 AM 53 comments: