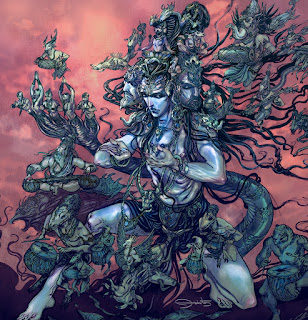 At times we forget the resilient water and the problems it's facing because of humanities ever encompassing Greed.

Here are some more facts about water pollution.

01: Majority of past 60 years of waste is thrown into oceans and 80% of marine pollution comes from land based activities.

02: Fourteen billion pounds of garbage mostly plastic, is dumped into the ocean every year.

03: The Ganges river in India is one the most polluted in the world.

04: On an average 250 million people worldwide succumb to diseases related to water pollution.

06: Aquatic animal have faced an estimated extinction rate five times more than that of terrestrial animals.

08: Over 30 billion tons of urban sewage discharged into lakes, rivers and oceans each year.

09: Over 1 million seabirds and 100,000 sea mammals are killed by pollution every year.

10: Americans use 2.5 million plastic bottles every HOUR.
Americans generate 10.5 million tons of plastic waste a year but recycle only 1 to 2% of it.

12: disposable plastic bags kill More than100,000 animals every year after ingesting or becoming entangled in them.

13: Plankton in the ocean absorb the chemicals, in their bodies this toxin become concentrated, large animals who eat them get contaminated.

14: Polar bears which eat seals can have contamination unto 3 billion times higher then their environment.

15: The humans don't escape this either, and are affected in turn by the contaminated sea food, what goes around comes around.

Shiva once clean the ocean, he drank the poison, it was human greed, but who will do this task now ?
Shiva is our collective efforts.

let's be a minimalist to begin with, don't waste water, make a promise.

let's practice our intentions in every little bits of our lives…silently.
like Water.

Posted by abhishek singh at 10:50 PM No comments: 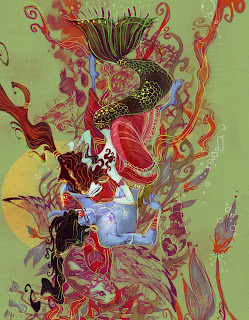 "Color"
They had decided to "Still" time itself, after all they were Gods but each win for time came as longer separation for the lovers.
to come out of its clasps wasn't easy.

today they had joined in after centuries of yearning.

each life of theirs represented by a color.

the gold for the womb,
the silver for breath.
the green of the forest,
the blue of the ocean,
the orange of the fire,
the purple of the heavens,
the reds of the netherworld,
the ochre of the gallows,
the crimson of the battle,
the black of dreams,
the white of the swans,
the cobalt of kindness,
The greys of age

they again merged together as one single color and seeped themselves into the thin membranes of time...
time who was weakened by their victory ,rose gently and in servitude to their love, opened its veils to anyone who willed to look through it.
colors of time...washed the world of its pain and remorse, that's what the god-lovers wanted.

Today on Holi,
give in kindness, treat colors to those you love, to those in need, give water to a plant and put turmeric on your forehead like a child of the sun.